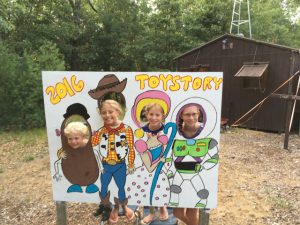 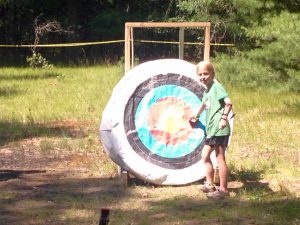 Camp Reneker has it all!

It’s been a fabulous week at Family Camp! It has been six wonderful days of rest and fun in the outdoors! Camp Reneker is one of four Boy Scout Camps associated with the Owasippe Scout Reservation; two of the other camps are for Boy Scout Troops, and the fourth is for Webelos (Cub Scouts). Camp Reneker is all about fun for the whole family, and many families come year after year to experience the beauty, the fun, and the relationships that make it such a rich week.

The energy and enthusiasm of the Camp Staff made the week so great for us. Thank you!

For Joshua, this week has been a little different: he has left us at 9AM each morning to join the other Boy Scouts in working on merit badges. This week he is learning about lifesaving, camping, and welding. He has really enjoyed them all. After this week, he will only have two more merit badges and his Eagle Service Project before fulfilling the requirements to be an Eagle Scout. He’s getting close!

The other kids have also left at 9AM, but they have gone with their counselors and their whole purpose each morning is to have FUN. The wonderful staff here have taken the kids to hike, swim, play games, make crafts, and so much more. Their programs have run until noon, when we have lunch and then swim most of the afternoon. What a refreshing week!

On our second day, we walked outside our cabin to find an injured baby bird. Looking up, we saw a nest that it probably fell from. All the kids immediately wanted to come to its rescue. “What does it eat?” “Where should we keep it?” “How can we feed it?” A nest was made, and every spare moment was spent checking on the baby bird. Worms were sought. Grasshoppers were crushed into food. Water was dripped into its mouth. That bird was very loved. 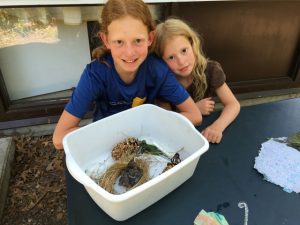 Cora and Lydia, trying to nurse the bird back to health.

Unfortunately, the bird’s body was too badly broken from its fall. Its breathing became labored, then eventually stopped. Many tears were shed, and we held a brief funeral service for it.  Even as the kids wished they could have done more, we encouraged them for making the baby bird comfortable in its final hours.

Another interesting event from our week was when Caleb lost one of his front teeth–in the pool! It had been quite loose, but we had no idea when it would come out. He was launching his kickboard as an underwater rocket, and it worked, right into his two front teeth!  he realized his mouth was bleeding and he didn’t have his tooth anymore. The staff took care of his mouth, but Caleb had some concern about retrieving the tooth in the pool. Never fear! Someone mentioned the area where the tooth was lost, and after about 10 seconds of searching the bottom, I felt the tooth. Kind of crazy, especially in a pool that has a capacity of 98 persons! 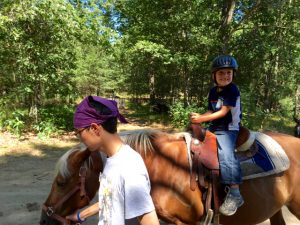 The “cheer” or “cry” for Camp Reneker is “Go for it!” This week, we’ve done just that, as we’ve enjoyed much that this wonderful setting has provided. 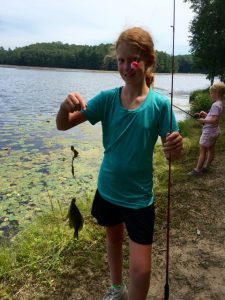 All the younger kids caught a fish, but Cora’s was the biggest. NIce one!